Bailiff performs CPR on juror who has a heart attack 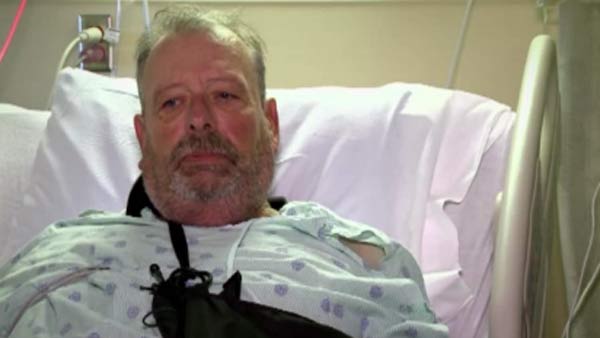 Darryl Hurt's life was saved last week by a bailiff who was trained in CPR.

Hurt says that he's lucky to be alive and he can't wait to meet the deputy who saved his life.

More than a week ago his heart stopping beating and he collapsed in the hallway of the Sacramento County courthouse.

"He was in really bad shape. I know he was in a lot of pain," Gonzalez said.

But Gonzales refused to give up. Hurt's arm is now in sling from where Gonzales broke his ribs performing CPR.

Hurt is doing much better now. When he's released from the hospital he wants to do a little fishing. But first he wants to stop by the Sacramento County courthouse and shake the hand of the man who saved his life.

"I just want to thank him but I just haven't had a chance yet," Hurt said.

Hurt hopes to be released from the hospital in the next few days.