Teenage heroes: Girls use CPR to save stranger's life 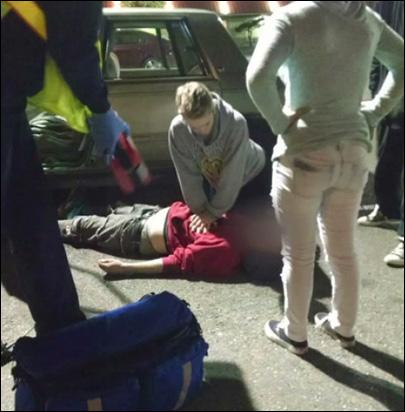 TULALIP, Wash. -- Two Snohomish County teenagers are being hailed as heroes for saving the life of a stranger.

Hailey Enick and Jasmine Daniels, both freshmen at Everett High School, were in Tulalip Saturday night when they pulled in to a McDonald's, they said. Enick's mother wanted to take a photo of the lunar eclipse while the group was on their way home from picking up Hailey's birthday cake.

It turns out that side trip would become a life-saving rescue mission.

"(The man) wasn't moving at all. His friend was slapping him and putting water on him," said Daniels, who is 15 years old. "Everyone was yelling, 'call 911!' His eyes were, like, in the back of his head and he wasn't breathing."

She had learned CPR in a high school health class in the Fall. Enick had taken the same two-day training course just last month. The best friends decided to try it on the man, who appeared to be overdosing.

The two worked to pull the man out of the car and lay him flat on the ground, something they'd learned in the class, which is taught by paramedics and other volunteers through the Everett Medic One Foundation.

"Turns out we had just done Everett High School three weeks ago," said Tim Key, chief of EMS for Everett Fire Department. "They had gotten the training then, so it was very fortuitous timing."

The girls took turns doing compressions on the stranger for about five minutes until help arrived.

"After, like, five minutes he started gasping for air," Daniels said. "He didn't completely come into consciousness until he got what I think was insulin from the medics."

"The one police officer said if it wasn't for us then (the man) wouldn't be alive right now," Enick added.

Some of the first responders plan to honor the teens at some point in the future, Enick's mother said.

"I was nervous. I was scared," said Nicole Enick, Hailey's mom. "We didn't know if he was going to be okay."